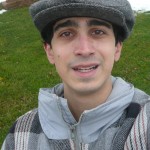 END_OF_DOCUMENT_TOKEN_TO_BE_REPLACED

Posted in HOPE and INSPIRATION | Tagged life after loss, lise after death | Leave a comment