The Anguish of Sudden Death

The anguish of someone you love dying suddenly is one of those things you just can’t imagine will ever happen to you.  I couldn’t have imagined it either until it happened to me.  The moment still remains so surreal.  My husband and I owned a business together and were working in our building like we did everyday.   This particular day he was on a ladder installing some electrical conduit onto a wall when he fell from the ladder onto the concrete floor.  In that instant my life was forever changed.  I ran to him as soon as I heard the crash and I saw him lying on the floor unconscious and bleeding.  I had an employee call 911 as I held him in my arms for what seemed an eternity.  He regained conciseness and started to break away from my hold, I had no idea the extent of his injuries and thought I should try to keep him as immobile as possible until the ambulance arrived.  He was rushed to the hospital where he remained comatose for seven days in the intensive care unit until he died.  During that week as I sat by his bedside in my daily vigil, I talked to him with a certainty that I was sure he could hear me. I begged him to wake up, to come home and that we needed him.  I found myself making a pact with God to please let him wake up and be well and I would be repentant forever after.  I guess God had other plans.

Losing someone you love so quickly is a heartache of unbearable proportion. I recall feeling numb for days and weeks that followed. My life was forever changed and I hadn’t made plans to accommodate that change.  We make plans for our lives in so many areas from raising the children and planning their education to the short and long term planning of our personal and professional goals.  We did not have a plan for sudden death, we had no life insurance, and we had no back up “what if” plan.

The journey through grief was hard, I questioned the meaning of life, my faith and of whom I would become.  My self-identity as a wife had changed, how I was once defined was now different. I was now a widow. I did not sign up for this role and did not embrace it easily.

There were lessons learned from my journey. I did learn to be compassionate to myself and all the feelings I encountered.  I learned to go with the flow of the day and not judge myself so harshly. I eventually faced the reality of my husband’s death, embraced the pain and found hope for my future.  Most days now are good days, memories are sweet and oh so precious and life is a gift I do not take for granted. 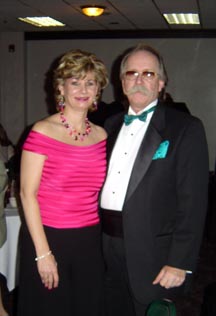 Posted in HOW DO YOU DEAL WITH GRIEF | Tagged death, grieving process, widow support

6 Responses to The Anguish of Sudden Death