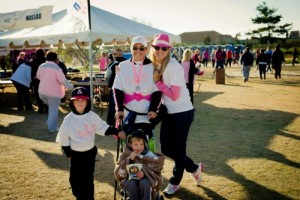 It has been almost three years since the death of my mother.  I fumble through day after day of waking up pretending I am okay living without her.   Yet, the truth is I lie every single day to myself with affirmations like “death is a part of life, she is in a better place, and she is no longer suffering”. You can rattle off all the inspirational quotes to me and my reaction is the same.   I will never be the same person I was before… END_OF_DOCUMENT_TOKEN_TO_BE_REPLACED

How Will The Haitians Grieve Their Loved Ones

The grief in Haiti is unimaginable; we have all seen the visual images of the death and destruction. CNN has reported that a government official said the death toll from the January 12th 7.0-magnitude earthquake may exceed between 100,000-200,000. The exact number is unknown and may remain unknown.

About 3 million people — one-third of Haiti’s population — were affected by the quake, the Red Cross said.

In addition to the physical suffering, there is the grief.  Grief is the normal and natural emotional response to loss.  I learned through some research* that the majority of the people are Catholics or Protestants, whose practice is to provide last rites to the dead and a proper burial.  The main Cathedral in Port Au Prince has crumbled; there will be no prayer vigils and no funeral masses for the dead.

END_OF_DOCUMENT_TOKEN_TO_BE_REPLACED

Posted in death, HOW DO YOU DEAL WITH GRIEF | Tagged grief, Haitians grieve death | Leave a comment

I have to do some venting today after reading an article that truly appalled me about the funeral industry. I’m sharing it with you in the hopes you will tell those you care about to be vigilant and prepared as you can before having to plan and pay for a funeral in the future. END_OF_DOCUMENT_TOKEN_TO_BE_REPLACED

What Do You Fear From Loss?

We all have fear surrounding the death of a loved one, and I think addressing those fears will help you in the grieving and healing process.

After the death of my husband, some of my fears were as follows, please send me your comments in the space below as to what were or are your fears?