When do we stop acknowledging a loss? 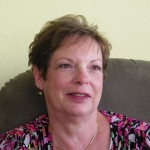 From as early as I can remember my Dad’s mother brought up the subject of her child that only lived a few days after he was born.  That was my first encounter with death.   My grandma would recall vivid details of her child’s birth and his death as if it had happened recently.  I never took note of the date, or even the month when she started talking about him.  As I think about it now I probably should have.  As a little kid it was kind of creepy to have Grams talking about her dead baby.  As I got older I felt sad for her.  There didn’t seem to be any way to comfort her except to listen to her tell her story.  On the other hand no one else in the family ever mentioned the dead baby, not Grandpa, my Dad or Dad’s sister.  I think I may have been the only person Gram’s could talk to about her baby that didn’t live.  How sad is that.

My mother’s friend lost her daughter in an auto accident.  The girl was 16 years old on her way to her first prom.  Mom acknowledged the anniversary of her death by sending a  “thinking of you card” to her friend annually until her friend died.  One time, when I was still young, I asked my mom why she continued to send a card after so many years and suggested it would just make her friend more sad.  She told me a person who loses a child is always sad on the anniversary of their death, their birthday, and other special days families celebrate. I had no idea how she knew that.  I didn’t ask her, but she seemed very certain.

A dear friend of mine lost her child in an auto accident.  In an effort to comfort and support my friend I sent cards or notes on the anniversary of the accident, the day he died, and/or on his birthday.  About 4 years after his death she called me to say I didn’t need to do that any more especially for the day of the accident.  Although in the past that entire month had been horrible she said she was fine now.  That month no longer bothered her, and she almost seemed peeved that I had sent a card.  The following year we just simply didn’t speak of him, the accident or the date it happened.  I’m sure she remembers every day, every detail.  However, it appears she’s now at a place where looking back keeps her from moving forward with her healing process.  She grieves privately as her broken heart continues to mend.  She seems to have adjusted to her new normal without him in her life.  She speaks of him from time to time, and she admits to talking to him frequently.  However, I wonder what the future holds in respect to having others honor his memory.  Will she change her mind?  Will she miss seeing a card in the mail years from now?  Will she want to talk about him on the anniversary of his accident, his death, or a special birthday sometime in the future, or is the lack of wanting my acknowledgement simply another phase of her grieving process.   How will I know?  How can I stay in tune to her needs?  Will I pick up on any changes since we only talk a couple of times a month?  I must trust my instincts and her to somehow let me know when and what my next step should be.

Another dear friend of mine lost her husband several years ago.  She was still in a state of shock over the death of her mother three weeks earlier when her husband died from injuries sustained in an industrial accident.  Her world was turned into total chaos. I don’t remember how long I did so, but  I sent her a special note every day for a very long time hoping she’d have the strength to get out of bed and move forward enough to sustain her own life and take care of those things she needed to attend to.  I was afraid for her, but all I could do was keep sending her words of encouragement. To this day I still send her “thinking of you” notes on significant dates.  Sometimes I remember her wedding anniversary, the day he died, and/or the anniversary of his birthday.  Which ever it is I try to make sure I acknowledge her pain and honor his memory sometime during each year before it passes.  That friend always seems to be grateful that I’ve acknowledged her loss in some way.  However, I think for her she sees it as an acknowledgement of a life she once shared with the person she most loved who’s now gone.  She moves forward wearing her grief outwardly.  She speaks of it professionally, and casually.  She has studied the grieving process and loss support.  She has turned her loss into a support and educational outlet for others.  She was determined to turn her loss into a positive force.  It has taken on a life of its own and therefore her true love’s memory lives on in her work.  She doesn’t hide her sorrow.  She has embraced her feelings.  She wears her sadness as a cloak of courage, survival, wisdom,  strength, and hope for all to see and use as a beacon lighting the way through their grieving process. However, the personal messages I send still appear to be meaningful.  I will continue to send them.  Hopefully I will not forget, but if I do I know she will be forgiving.

It was a year of deaths the year our friend’s 4 month old grandchild died.  A few months later, while the deceased child’s parents were still in grief counseling, they had a miscarriage.  Losing one barely known, and then losing one yet to be met seemed to inflict too much pain for any parents or grandparent to endure.  Forever changed, they move forward in their own ways.  We don’t speak of the losses of the unborn.  Instead we celebrate the pure pleasure of knowing there are now 3 healthy, happy children running through that house.  They are making themselves known to the world with their discoveries, laughter and playful screams.  Sometimes we acknowledge the birthday, or anniversary of the death of the 4 month old.  There may not be much to say about one who literally had their entire life ahead of them.  Despite that fact we know she is never forgotten by her grandpa.  He guards his sadness and remains closed mouthed, but we know it is there.  Unfortunately we see glimpses of anger.  It seems to have taken up residency where love once shined through with pride and joy for a little girl who had a bright future ahead of her.  However, we remain hopeful that time will heal his broken heart.

I recently received a notice of passing and memorial celebration mementos for my Mom’s last surviving childhood friend.  The woman was in her 90’s. She had lived in her own apartment attached to the home of her son and daughter in law for the last 20 years or so.  Until very recently she was quite independent getting herself around via cab or bus, doing her own cooking and caring for herself completely.  She lived a very full and happy life. I didn’t know her people. I didn’t send them a sympathy card.  I thought about her death more personally than I had anticipated.  To me her passing represents the end of an era.  She was the last of her generation to know my parents.  I found that to be a bit of an eye opener in regard to my own morality and thought perhaps I was the one who needed a sympathy card.

Obviously, just as the grieving process is an individual journey for each of us so is the process of wanting and/or needing acknowledgement of our loss by others.  If we have any sense at all we know what to say at the time of a loss.  Heartfelt sympathy should roll off our tongues fairly easily.   Cards of condolences on the store shelves seem to be a bit more meaningful these days.  When we live next door, or if we stay in touch at all we can see or hear about the comings and goings of friends and/or relatives bringing meals over or getting the grief stricken out for a bite and a breath of fresh air.  Or, are they being ignored because those who care aren’t comfortable with death itself?  If that’s the case I wish them well for when death slaps them in the face.   Some people may ask how many days, weeks, or months should we be prepared to offer our support.  I suggest we look at whether or not longer term support is desired, and does that change with the grieving process itself?  As we grieve throughout the years, which I believe we do as we continue to honor our loved ones, will we want others to acknowledge anniversaries of our sadness as another year goes by commemorating our loss or losses?

The grieving journey is a personal journey for each of us.  No two are alike.  Knowing that, then should we ask do we know others well enough to know how long each individual wants the passing of their loved one acknowledged?  No we do not, and we won’t know until we try as is shown by the above example.  However, if we make no effort what does that say about us as human beings and what message are we sending by sending no message at all?

When do we stop acknowledging a loss?  written by Jan LaPitz